So, I finally post my blog entry all about how the show’s just gonna ignore the whole “Quentin’s mental hospital visit” thing, and what do they do? Set the next episode in a mental hospital. Assholes. Show spoilers follow – I need to finish rereading the book before I compare and contrast.

I’d better start this with a mea culpa. I held off writing about the show because I was upset at how they wiped away Quentin’s mental illness by showing him his purpose, presuming that they’d never mention it again. I was wrong. And, yes, they did fix it with magic, but I ain’t mad. After all, this time it wasn’t actually mental illness. This time, it was all a dream, or, more accurately, a curse placed on Quentin by the stars of a The Craft spinoff. Plus, Q spent a good chunk of time questioning his sanity. All in all, I really liked this episode.

So, Quentin wakes up in the wrong room. Or the right room. Or something. He’s back in the mental hospital, only it’s Brakebills. Elliot’s there, getting high off Q’s supply. Alice is a bit more outgoing. Penny is there, with the same job as Big Chief Bromden in One Flew Over the Cuckoo’s Nest, because Quentin is a racist motherfucker. Penny’s also still a dick, because Penny.

It turns out Quentin’s back in the hospital by court order, and Penny the janitor caught him skipping out on his meds. Q’s therapist gives him the old “accept reality as reality” talk, but it’s interrupted by a visit from those creepy moths from the premiere. Doc Buzzkill can’t see them, obvs, because Quentin is certified crazypants.

There’s some good news, though, Q. Alice knows what’s up. She knows you guys aren’t really in a hospital. She knows you’re here to save her, Q, as soon as you break the illusion. Unfortunately, she thinks the illusion is that you’re here to save her from space aliens who nabbed her after she crash landed on this planet 9.3 light years ago, and the aliens want you guys to bone. As far as dreams go, Q, top notch. 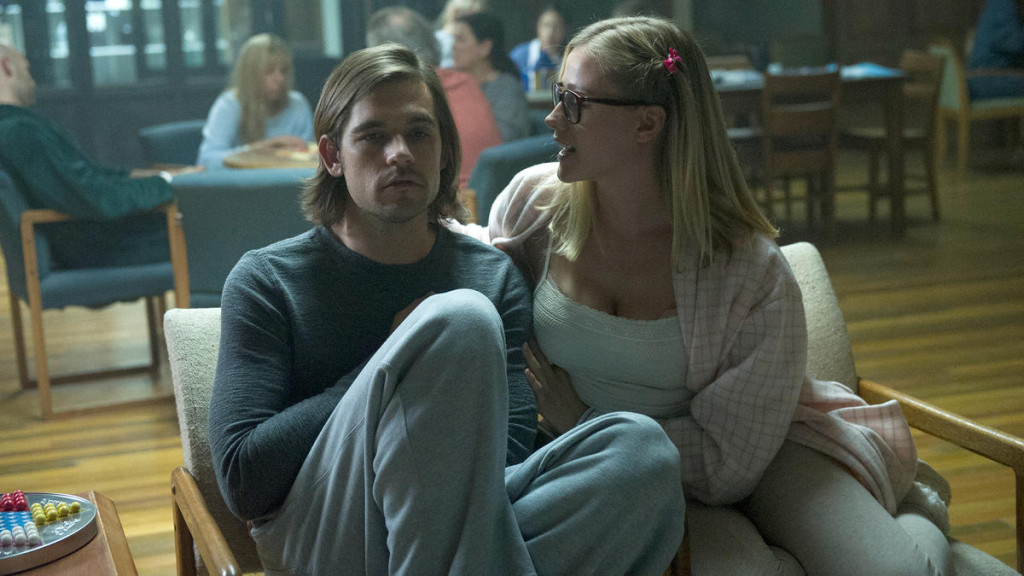 Julia comes to visit, and she’s just as supportive as she was on the streets of New York after Q’s last visit. She’s doing well at Yale, though, and the wedding planning is going nicely. Quentin tries to show off some magic, and she lets slip that Q really IS caught in a dream world. So score one for Quentin. Jane Chatwin shows up and confirms it, and lets Q know the way out is in the Fillory books. Quentin’s roommate then tears up the Fillory books. Bad news, Q. Tape is forbidden in this institution, even though makeouts and motorboating are okay.

Q summons the real Penny using the most powerful magic in his arsenal: Taylor Swift. 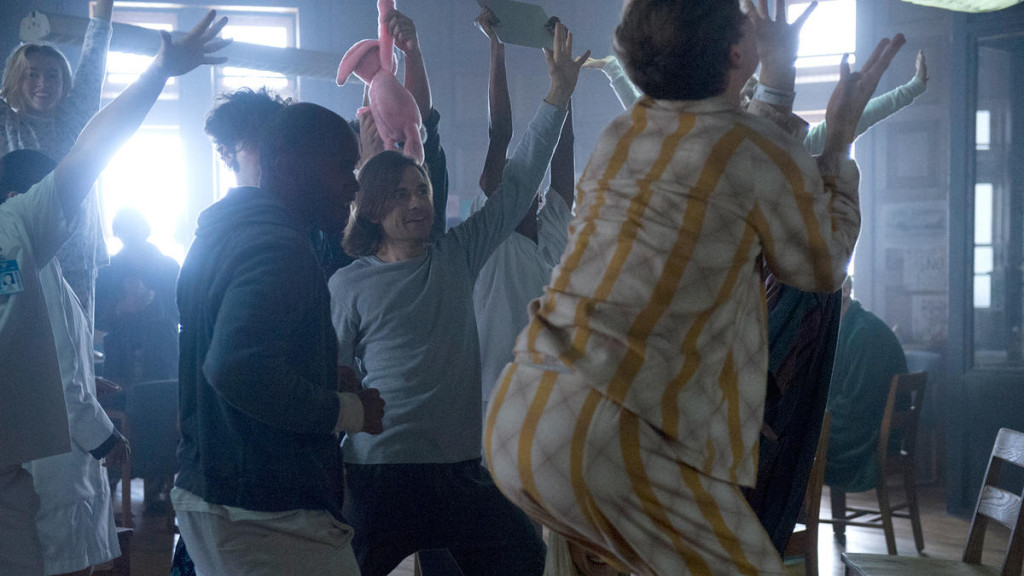 The dreamworld raises the stakes by letting Quentin know the reason he’s been committed is because he stabbed the shit out of his dad, who he thought was the beast. Quentin doesn’t take this well. Penny shows up – the real Penny – and convinces Quentin he’s dreaming by kicking his ass. 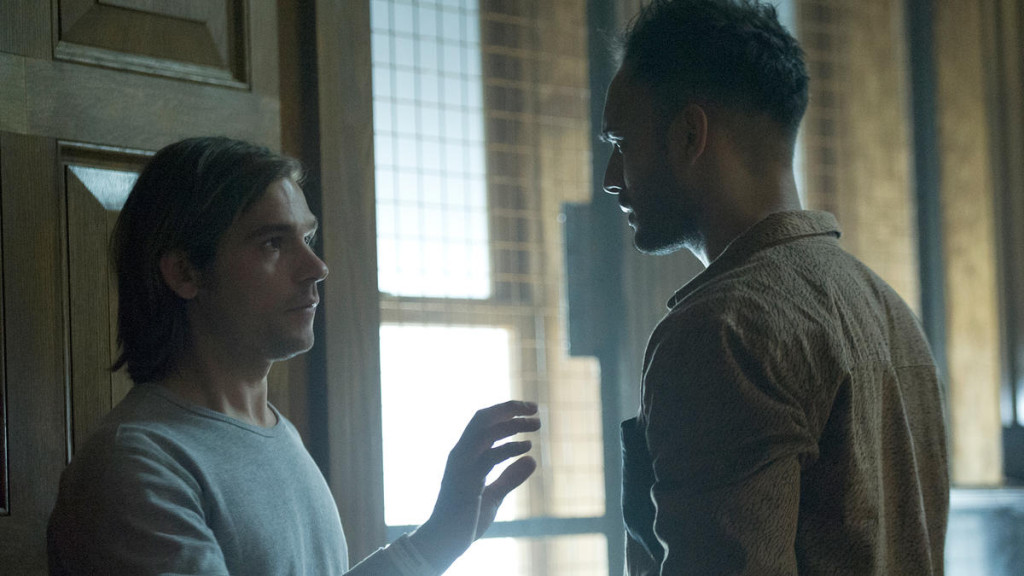 Q, you kinda earned this.

Here’s where the big twist comes in. This nasty magic? It’s courtesy of Julia, with the help of Kady and Marina. Marina, by the way, is in full HBIC regalia. Julia finds out her little prank will probably leave Quentin a vegetable. This saddens her.

Quentin literally pieces together the Fillory story he’s trapped in after noticing that the hospital he’s in is named after a magician known as the Madness Maker. As Quentin gets closer to a solution, though, the dreamworld ups the ante. Doc London, dressed in full Dr. Frankenfurter garb, is prepping for a lobotomy. Meanwhile, in the real world, Dean Tron-Hands is prepping to wake Q up using a golden creepy scorpion demon. To do this, he has to turn off the Brakebills anti-virus. This was Marina’s plan all along. 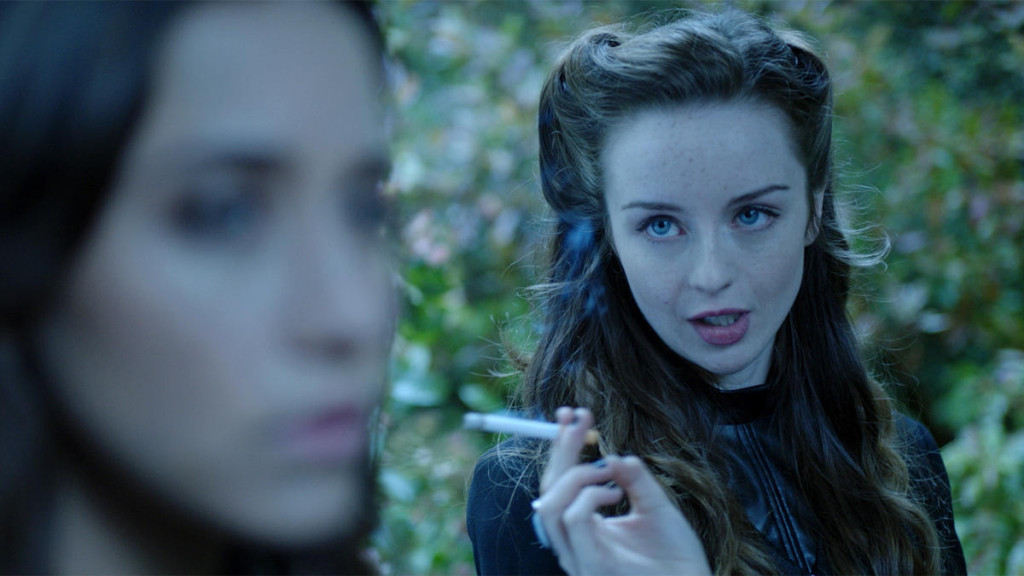 This show’s cigarette budget could pay off your student loans.

You see, Marina was expelled from Brakebills, and her memories are kept in a box somewhere. She wants them back. When the firewall is down, she and Julia sneak through the back door. Julia stands watch while Marina ransacks the place, but it turns out she’s a shit watchwoman. Kady grabs her, lets her know that Quentin’s bluescreened, and sends her to the Dean. She’s too late, but Quentin’s able to save himself by remembering the magic that is Fillory. Quentin gets brandy and a stern talking to from the Dean, Marina gets her mind back, and Julia gets kicked out of the magic club. Again. 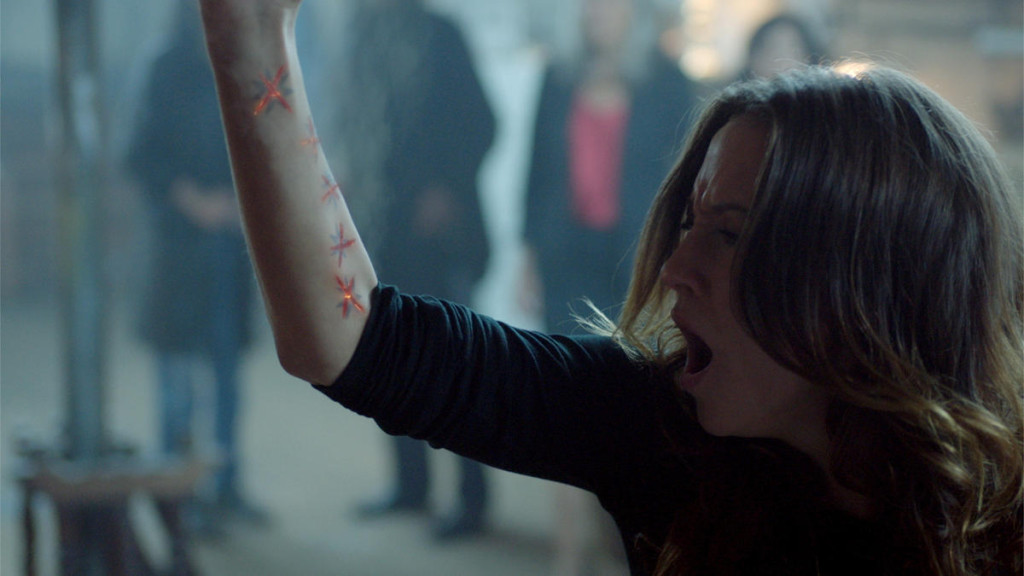 This episode was incredible in its little touches. Dream-Penny’s accent. Alice and Quentin. Robo-Dean’s lack of Trek knowledge. Frankenfurter.

After hearing Olivia Taylor Dudley’s great voice singing The Beatles last week, it was nice that Jason Ralph was willing to butcher Taylor Swift. It wouldn’t have been nearly as awesome had it been sung well.

I’m really enjoying this show – let me know what you think on Facebook/Twitter! Plus, if anyone got a screengrab of that Frankenfurter costume, send it my way.