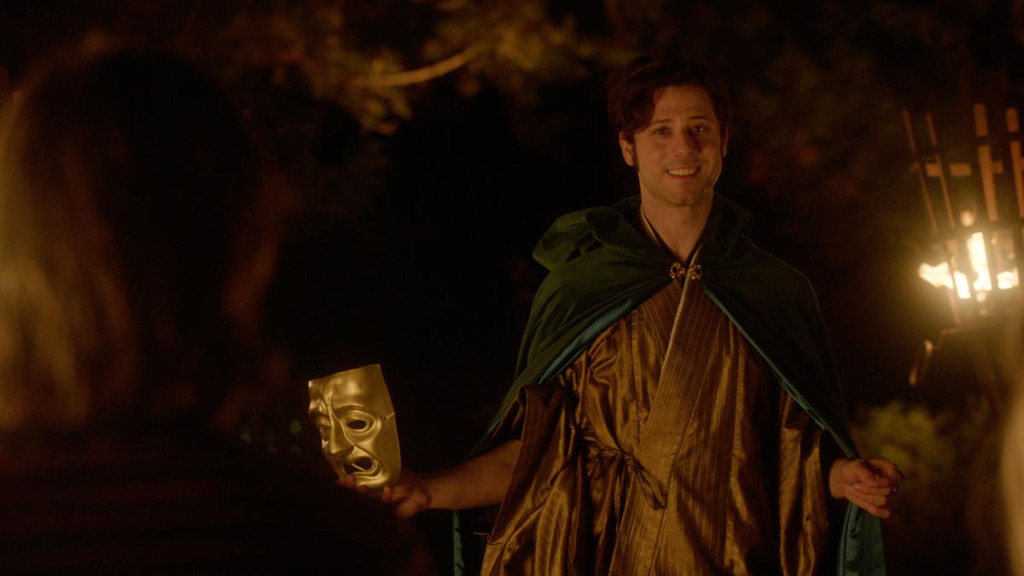 We open on Quentin creaming his jeans over the news of Penny’s latest road trip. Fillory is real, which is pretty much everything Q’s ever wanted. Except for, you know, crazy evil moth man and his bondage dungeon. That wasn’t in the books. Penny and Kady head off for an amateur tattoo sesh. Penny learns Kady’s dad is a dweeb and her mom, who we meet in the next scene, is dead.

Meanwhile, a still-magically-impaired Julia has returned to the Crappy Wizards Bar and Grill in hopes of getting her hand on some more of them sweet, sweet spells. She gets word of a place upstate and heads out, not knowing she’s being followed by Michael Scott’s girlfriend. It turns out she’s also been excommunicated from Marina’s little club. 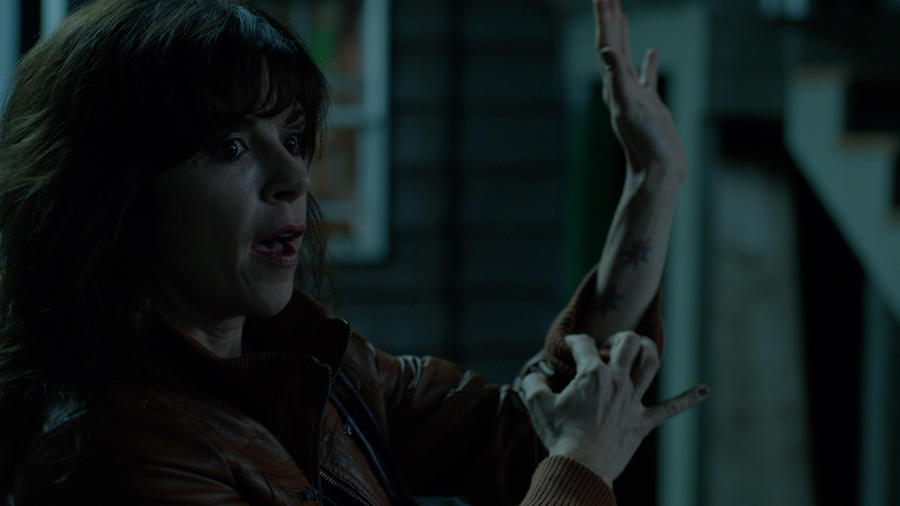 On the Brakebills side of the tracks, the meat of the episode revolves around the trials – sorry, THE TRIALS – which are one part “weird tradition” and three parts “excuse for Eliot to Eliot.” And kids, Eliot Eliot’s better than he’s ever Elioted before. First, Margo kidnaps Quentin at knifepoint, because what better way to start a ritual? Eliot lets them know that the first-years are going to be tested on their very magicianyness, and The Six Million Dollar Dean isn’t there to save them, because the faculty is off in the Hamptons or something.

Trial the First is to decode an ancient spell encoded by ancient magicians. The froshes are divided into teams of three, based, presumably, at least in part on skillsets, but I’m guessing mostly on the whims of Margo and Eliot. Q is of course teamed up with Penny, and a redshirt is thrown in for good measure. As time runs out, Q realizes the only solution is to cheat. Penny astral projects over Alice’s shoulder, totally missing a chance to reenact that scene from Ghost, copies her answer, and manages to light the Goblet of Fire. Redshirt, who was opposed to cheating, is unceremoniously expelled. 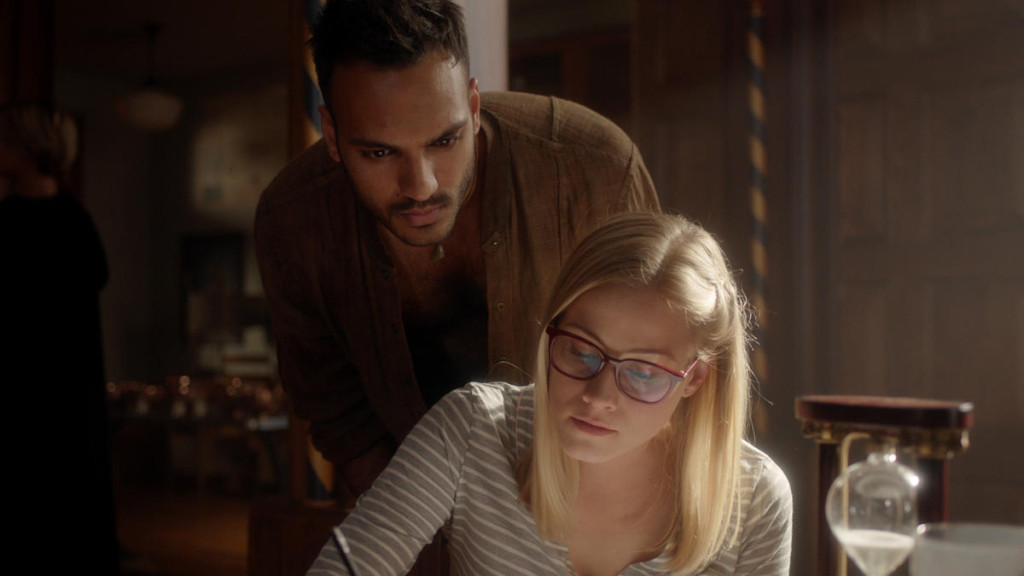 Not pictured: Righteous Brothers playing in the background

Later, at Château Physique, Quentin is skipping yet another party to mope over Fillory. Margo, in an unexpected show of compassion, comes in to check on him. Turns out she also loves Fillory, and reminds him that even if the real Fillory is a shithole, he’s no worse off than when he thought it didn’t exist at all. Once that moment of humanity passes, she roofies him. 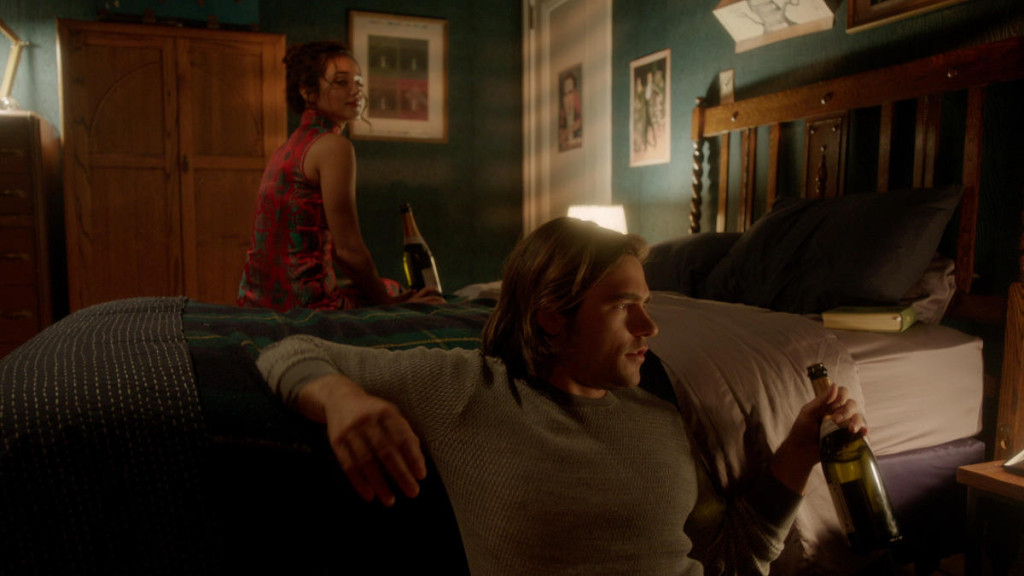 Andre is also MY cheap champagne of choice.

Back in New York, Julia and Hannah meet up and attempt to draw a third conspirator into their entourage. Hannah recruits her daughter and – wait for it – it’s Kady! Turns out Hannah kind of gave Kady to Marina as a slave-girl after a run went bad. Kady and Hannah aren’t close. Kady leaves with a gift from mom – a warding spell which she gives to Marina. 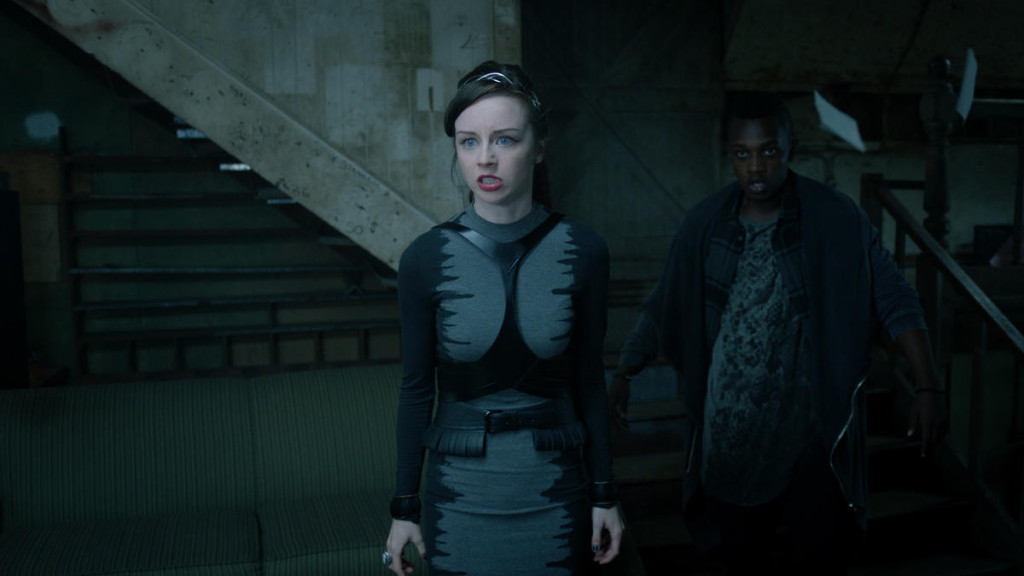 Marina’s not in this scene, but her outfit is on point, so I had to share.

Kady and Penny have a heartfelt moment after Kady breaks his nose. Penny realizes that all the only magic they need to solve this puzzle is the magic of teamwork! Eliot makes another joke about horse sex, because goddammit, they paid for that horse for the whole day. 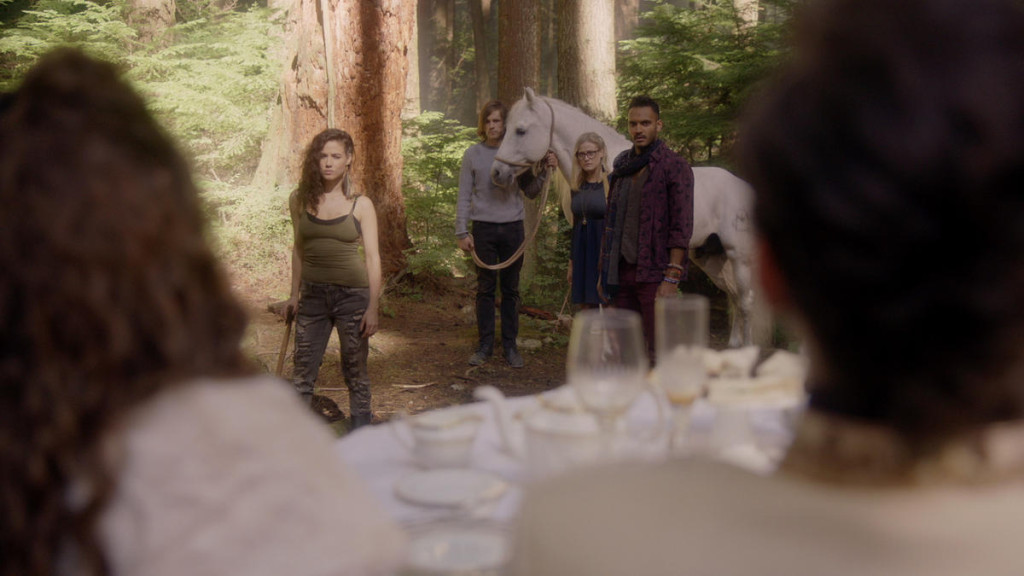 To be fair, it’s a really sexy horse.

Julia and Hannah use the backdoor of their warding spell to steal Marina’s magic filing cabinets. Marina saw this coming, and Hannah’s head explodes, kind of like in Scanners, but slower. 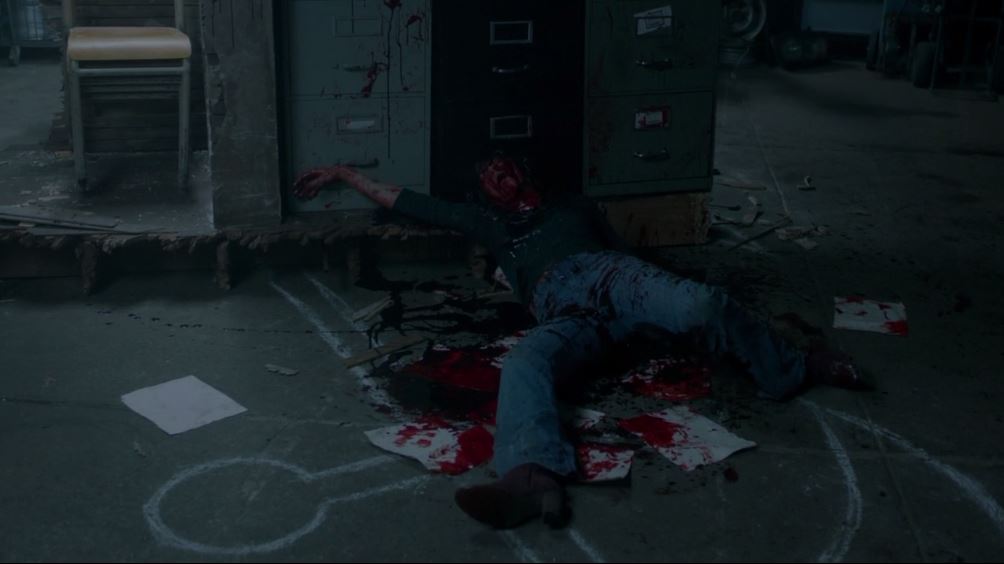 The Final Trial is ripped straight from my Acting 305 class in college – “you must bare yourself in the presence of another magical adept and expose your Highest Governing Internal Circumstance, which is to say, your utmost truth.” For the thespians among you, it’s basically a Meisner course. 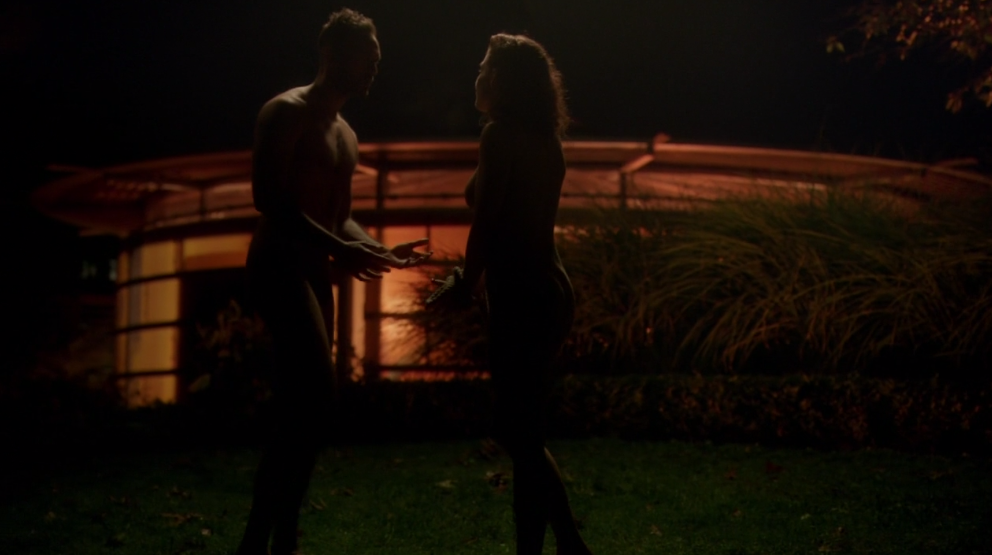 Pictured: Life as a theater major.

Kady and Penny team up. Penny tells Kady he loves her. Kady tells Penny she was using him.

Quentin and Alice pair up. Q tells Alice that even now, when he has everything he ever wanted, he feels empty and wants to run. Alice tells Quentin that she’s an even better magician than she seems, and is actually holding herself back.

Then they all turn into birds. 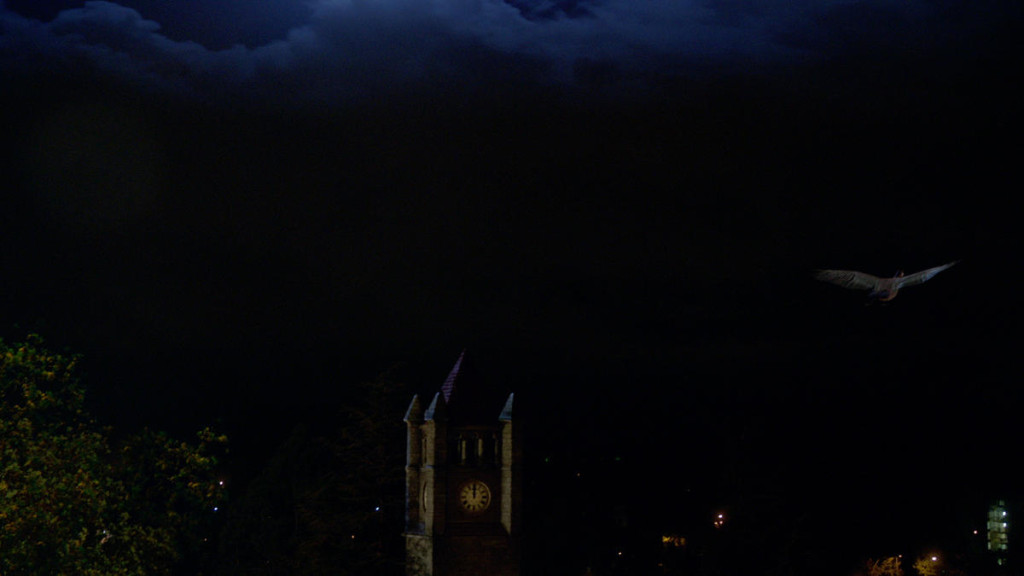 I really, really liked this episode. Both plots were new and interesting, and the ending means we’re leading into one of the most interesting points in the books, and one I wasn’t sure we’d get to see.

This week in Star Trek:
Quentin: They want us to think we’ve been Koyabashi Marued!
Penny: Whatever that means, yes.